Skip to content
9 Αυγούστου, 2022
Politeia is an International Conference of Political Scientists organized, for the first time in Athens, the capital of Greece, by the Hellenic Association of Political Scientist under the Auspices of H.E. President of the Hellenic Republic, Mr. Prokopios Pavlopoulos. Upon approval, the Politeia Conference is included in those actions using the emblem of the United Nations Academic Impact. Bringing together researchers from all the fields of social science, the conference aims to promote enriching and pluralist dialogue over various aspects of Regional, European and Global Politics. Topic of 2019: “Europe at the Crossroads: Leadership, Challenges and State of Play”. The Hellenic Association of Political Scientists, aware of the multilevel challenges, that the EU faces and the interdisciplinary nature of the issues that arise regarding international relations, public policies, political behavior, etc. in the current social, political and economic conditions, announces the organization of the Politeia Conference, an International Conference of Political Scientist, on the present and future of the EU and the role of political scientists in the analysis of both the European state of play and the rising challenges. Researches from all fields of social science (including political science, economics, psychology, sociology, history and social anthropology) are invited to participate. Interdisciplinary approaches are particularly welcome, as are papers with a comparative analytical perspective. 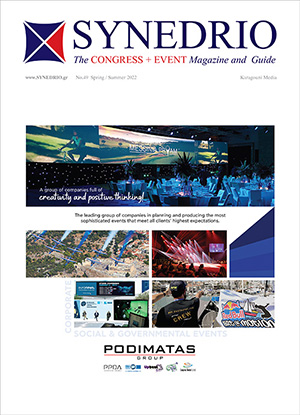