Since 1980, the annual Society for Incentive Travel Excellence (SITE) Crystal Awards Recognition Program — sponsored by IMEX Group — has brought industry acclaim to incentive travel companies. These are the world-class organizations that excel in the design of unique, memorable group travel experiences, which deliver measurable benefits for their clients.

The 2016 awards were presented at the SITE Global Conference, which took place early November in Panama City, Panama. This year seven companies from around the globe were honored for creativity in program design, marketing, corporate social responsibility and, most importantly, business results. The events showcase the best — not just the best-known — destinations that have advanced client values and brands, and whose programs have given generously to local communities, while achieving important business goals such as increased sales, higher employee engagement, and greater loyalty. 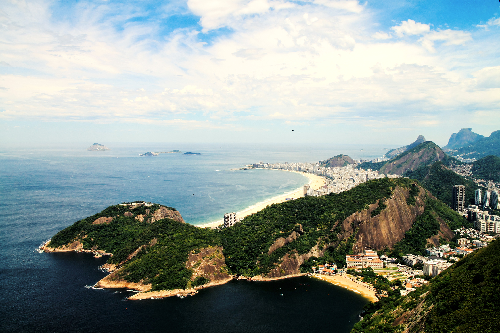 ICP Group S.A. has been cooperating with Mercedes-Benz Poland in different fields for a few years. In 2015, ICP Group started their first sales support program for the Mercedes-Benz truck division. This motivational program, called Daimler Trucks Discovery, directly addressed the dealers’ network by marketing the incentive trip specifically for the sales teams’ demographic.

The Daimler Trucks Discovery program aimed at activating the dealers and rewarding those who hit the highest sales numbers. The message behind the program was simple – by getting the best sales results, the winners could participate in special, tailor-made incentive trips to exotic destinations where the biggest Daimler plants are located. Each participant had the access to their digital profile where they could check their position in the ranking and the number of points they already acquired.

The program is intended to have annual editions and the first edition was executed as “Daimler Trucks Discovery: Stars League, Edition: Brazil”. The name of the first edition was carefully chosen. It referred both to the destination of the incentive travel (the trip to Brazil being the main prize) and to the Mercedes-Benz iconic logo – three-pointed star. “Stars League” was supposed to gather the so-called “sales stars” that is the dealers getting the outstanding sales results. The winners of the program created a “Stars League”, the name of which additionally referred to what Brazil is most famous for – football. This element of football competition was one of the creative pillars of the program for the 2015 edition. The first trip to Brazil was so successful, the ICP Group is currently managing the next edition of the program called “Daimler Trucks Discovery: Diamond League, Edition: South Africa”.

Going into the program, Mercedes-Benz had three primary objectives:

The program was based on the open competition between all of the participants and the results were presented in the form of a ranking on the tailor-made digital platform. The winners were the participants with the best sales performance.

The program was designed in such a way that the ICP Group could drive the dealers engagement throughout the whole year by, for example, organizing additional contests to activate the participants from the middle and the end of the ranking and motivate them in order to participate fully in the program. In one of such additional contests the participants could win a SPA voucher for 2 persons (participant + wife/partner). Indirectly, it was also an answer to the common problem of the lack of time for the family, to which our agency reacted to immediately.

The results showcase the exceptional ROI for Mercedes-Benz:

The best example of the program effectiveness is the decision of Mercedes-Benz Poland to continue the program as the Daimler Trucks Discovery League for the next two years and to start 4 more programs for other Mercedes-Benz divisions (passenger cars, vans, services, bank).

The communication revolved around football as this is the one of the main male interest areas – all of the participants were male. Brazil is commonly known to be the mecca of football and also make very positive connections to some other areas as dance, cuisine & party culture.

To introduce the Daimler Discovery Trucks program, the ICP Group created an engaging teaser video to be shown at the conference and presented both the main prize and the general rules of the new program.

In the teaser, Letitia appeared for the first time – the Brazilian girl acting as a reporter for the Mercedes-Benz TV channel. From that moment till the end of the competition, she appeared regularly in the videos uploaded on the platform.

The closing ceremony of the first edition of the program and the results review took place after one year on the sequential kick-off meeting during which the winners of the 2015 Edition were announced. For this purpose, an official, Brazilian-themed gala was organized. The participants were asked to wear holiday-like, colorful shirts. The decorations (palms, sand, colorful lights and cocktails) and a cultural dance show created an authentic, Brazilian atmosphere. The visualizations of the trip were also displayed throughout the gala. According to the creative strategy used during throughout the whole program, those who had the best sales numbers won the Brazilian destination trip. The winners were announced and given their appointments by Mercedes-Benz managers who supported the launch with a strong physical presence.

While organizing the incentive trip, the ICP Group faced several difficulties and challenges. The whole motivational program lasted one year, just one month before the ICP Group received information that 99% participants were young men. There was also the unexpected outbreak of the Zika virus, which caused difficulties. The ICP Group managed to meet all of the following challenges with a thoughtful strategy and quick logistics.

Challenge 1: Marketing to a Highly-Specific Group

The ICP Group had to organize a trip that would motivate the sales team all year. The program also had to be adapted to the target group – young men between 30 and 40-year-old. All elements of the program had to drive to such a group and match their characteristics: young, very active, full of energy and passion. We had to be sure that balanced program we created would meet this group’s expectations. The incentive trip creatively reflected the Brazilian lifestyle, by combining visits to the top attractions of Rio de Janeiro (such as Corcovado, Sugar Loaf and Selaron Stairs) with fun, physical activities. Especially for this group, the ICP Group prepared a program full of unique sport attractions, ideal for a group of young men, including bike rides along the famous Copacabana and Ipanema beaches with a stop for coconut water, unusual Hawaiian canoes tour on Guanabara Bay, surfing classes with professional surfers and morning jogging sessions along Copacabana. The highlight of these activities were the classes of a very typical of Brazil but completely unknown in Europe sport, footvolley. A local, Brazilian trainer explained the group the rules of the footvolley and showed them how to play it.

Challenge 2: Creating the Incentive for an Uncommon Destination

According to the program strategy, the sales team has to visit a Mercedes-Benz plant in each of the exotic destinations. The challenge was the localization of the Mercedes-Benz plant in Brazil, next to Sao Paulo – the place which is not commonly used as the incentive travel destination. However, the ICP Group had to propose an additional attraction, not connected to the factory visit. As a continuation of the sport character of the trip, the ICP Group organized a bike tour of an extraordinary quarter Vila Madalena, famous for its colorful graffiti. It was a combination of multi-flight incentive.

Just before the trip, there was the outbreak of and epidemic of zika virus, causing international panic. The sales team was assured that all necessary precautions were taken and the ICP Group provided them with all the necessary, trustworthy information obtained from the local DMC, by sending newsletters to all participants and creating special help-line. The ICP Group bought strong repellents that were taken to Brazil by the tour leaders.

Although the sales team was smaller, but the program was quite complicated, the ICP Group did their best to guarantee the safety for the participants. Both the tour leader and project leader accompanied the group and travelled just a step before the group to be sure that everything will go smooth. The group coordinator was always available for the participants, 24/7.

To combine the effective incentive tour and company requests we provided transportation through 3 airlines.

Mercedes has values – Passion, Respect, Integrity, Discipline and Excellence which are the basis for business and business relations. The ICP Group had to implement all this values during an incentive trip.

Passion – The ICP Group created an incentive with genuine passion and commitment. All of the elements of both the marketing program and the incentive trip itself were engaging and unique.

Respect – There was streamlined communication and cooperation with the local partners, and the ICP Group treated suppliers and external partners how they wish to be treated. 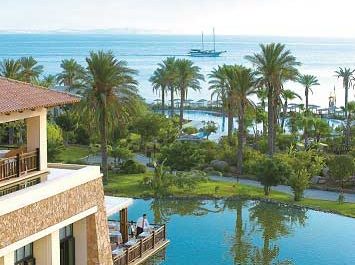 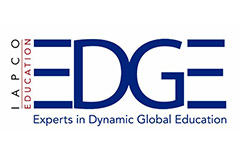 IAPCO at the cutting EDGE 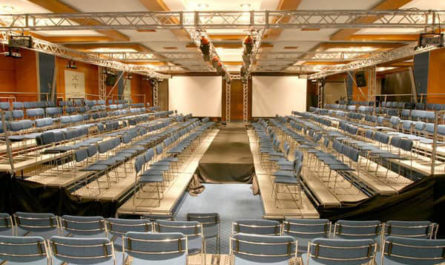